(Not so) simply bronze

So here we are at Cabrillo College, Spring semester - working the bronzes.
No comments:

A few weeks ago I found a sign in Dolores Park that someone had discarded. It was an advertisement and read: "BRIDE EXPO - Crowne Plaza, Redondo - Sunday Feb. 20". It was the type of sign with a pointed piece of wood on one end that could be planted in the ground. The sign was bright pink, and the idea that an expo could be dedicated to weddings made me smile. I took the sign home - after parading around with it on Valencia Street, holding it above my head as people do in demonstrations, or to announce the imminent end of the world.

Later, I decided to place the sign in a context free of any reference to the human world - let alone the world of brides. There are some dunes and a forest near my house, so that's where I took the sign. The pictures are primarily a study. The project is meant to be a physical and visual encounter with the actual sign (people hike or run through this forest). 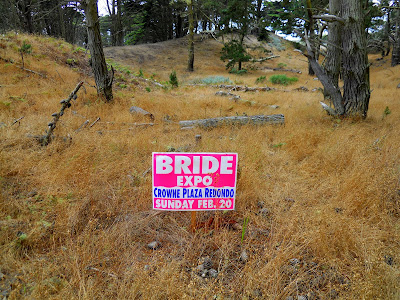 Bridal World tackles several questions in my mind. There is the overload of messages, such as advertisements of this and many other types, that we run into everywhere we are - except perhaps in forests, or the ocean... or the moon. It occurred to me that in the same way we question whether a tree falling in a forest really falls if no one is there to see it, what message can advertisement offer if no one is there to experience it? The other relates to the content itself - the bridal institution, a topic so foreign to a forest, to the "natural world". How natural is it to get married? Is it not another social construct? - the result of what my teachers at the Sorbonne called "objectivation", a process, if I recall somewhat correctly, by which spontaneous actions and beliefs become structured, institutionalized, and are given the power to sanction. 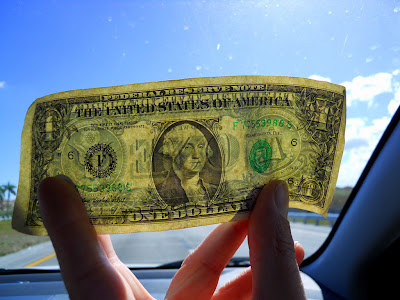