Over the last 3 months I've been driving up and down the coast of NorCal between Pigeon Point Lighthouse and Point Reyes National Seashore, stopping at almost every beach and cliff. These trips were done alone or with occasional companions, sleeping in the back of my newly acquired 1989 Civic Wagon (generously donated by my friend Christophe Schuhmann) or a tent. I've also been taking lots of walks - almost every day after work! - on Baker Beach in the Presidio, where I relocated last March. 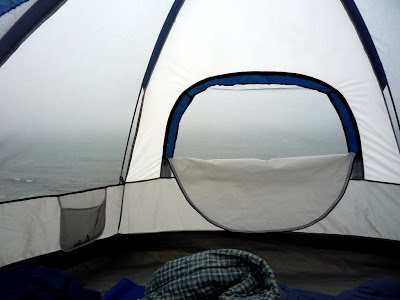 (the O.p. seen from our tent above Agate Beach, Bolinas)
Check out the first series to come out of these wanderings: Mr. Pelican and peeps hang at Homer's Fish Joint. The graceful patterns in which these birds glide are mesmerizing.

In the next week or so I hope to add a series of surf/beach scenes, as well as shots of the incredible waves that the great O.p. (Ocean Pacific) rolls out from moment to moment. Gazing out at these rollers from a high cliff between Pacifica and Montara sure beats watching the Olympics... in my humble opinion.
No comments:

tranquility will eat you (and James' soup too)

Last week we ran into James. His beard had grown 19 inches while he was eating soup. It was all soaked and laden with soupy bits of bread and veggies.

(click picture below for tranquilitySoup, then hit F11 for full screen) 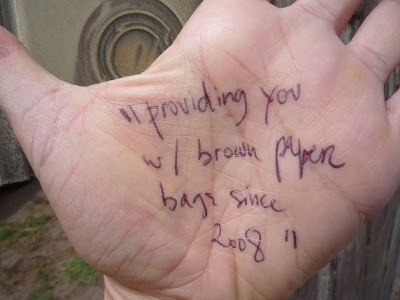